At that time Jesus came to Jericho and intended to pass through the town.Now a man there named Zacchaeus,who was a chief tax collector and also a wealthy man ,was seeking to see who Jesus was;but he could not see him because of the crowd ,for he was short in stature.So he ran ahead and climbed a sycamore tree in order to see Jesus ,who was about to pass that way.When he reached the place,Jesus looked up and said ,”Zacchaeus ,come down quickly,for today I must stay at your house.”And he came down quickly and received him with joy.When they all saw this,they began to grumble ,saying ,”He has gone to stay at the house of a sinner.”But Zacchaeus stood there and said to the Lord,”Behold,half of my possessions Lord,I shall give to the poor,and if I have extorted anything from anyone I shall repay it four times over.”And Jesus said to him,”Today salvation has come to this house because this man too is a descendant of Abraham.For the Son of Man has come to seek and to save what was lost.”

It’s a lovely message for so many especially for those who are worried of their shortcomings,those who consider themselves to be sinners or unworthy. We have read about the chief tax collector of the Roman Government, he was not an ordinary man people knew him well,he had enough riches but he forgot all that only to see Jesus.He didn’t think of the crowd .He ignored even his dignity of being a chief tax collector when he climbed the tree to see Jesus.He knew his own height, so the idea of climbing a tree helped him to have an encounter with the Messiah.

We all know what happened thereafter.He honoured Jesus by offering to give away half of his riches to the poor,he promised to repay back four times the amount he had cheated while collecting taxes.Jesus didn’t order him to do all that but he realised his errors after meeting Jesus.Yes beloved friends sometimes we need to come in touch with the right people and situations to understand our follies and may be after that we realise our mistakes.

Very often we find ourselves to be helpless.We cannot solve problems so we carry the problem with us just the way a turtle carries it’s shell on it’s back.May be it’s because we are not ready to give up our little interests,name ,fame for a greater interest.When we know that there’s a need for certain thing then we must ignore all the pros and cons to make things happen.It’s somewhat like shedding weights to be real sportsperson .No one is out of the race to win a trophy. So let’s ponder over the issue to take or make quick decisions and then the tournament of life will certainly be full of excitement and joy. 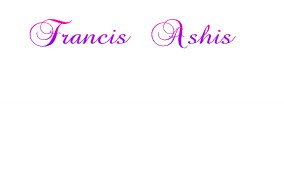